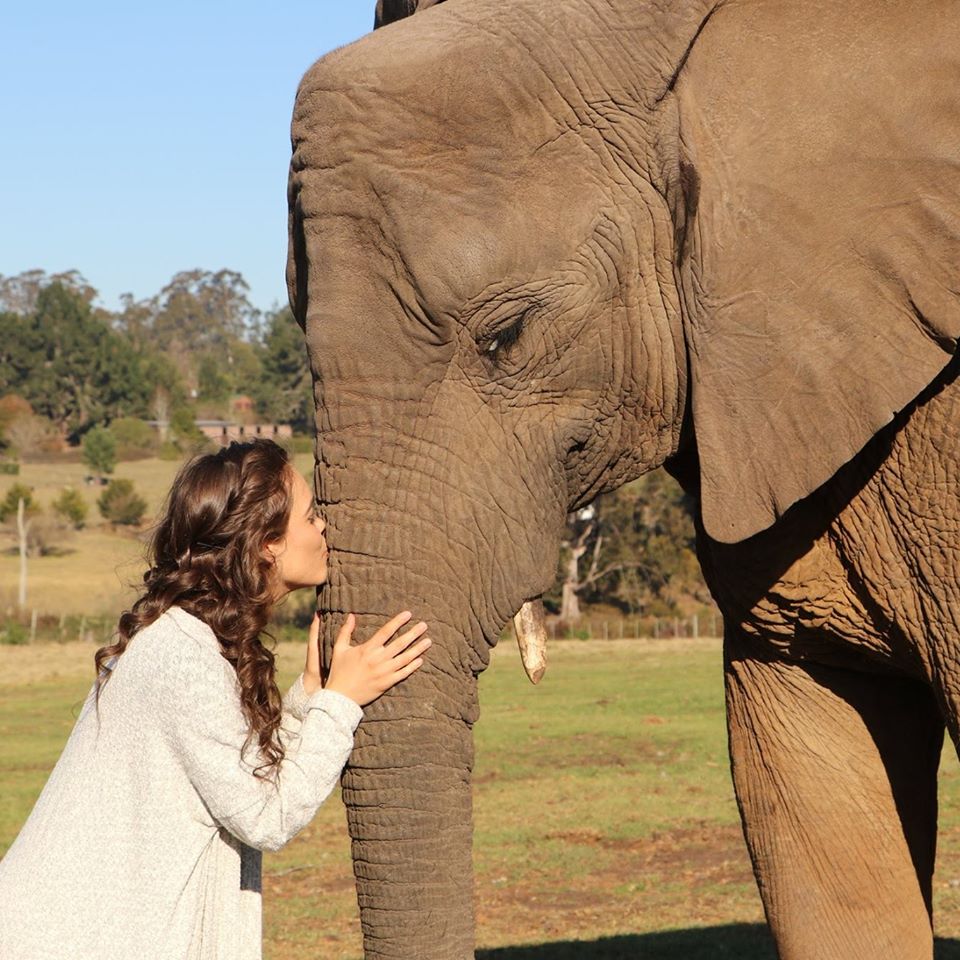 Elephants have been my favorite animal for several years now. Back in 2017, I decided to get up close with my favorite animal and spend one month volunteering with elephants in South Africa. It was one of the best months of life and an eye-opening experience. This experience also challenged some of my beliefs on how animals are used for tourism.

Note: I volunteered with AERU at Knysna Elephant Park. I booked my trip with a company called Oyster Worldwide, but I recommend NOT booking with them. Just book straight through AERU instead because Oyster Worldwide upcharges the price by around 40%. This entire post is based on my experience at this exact elephant park. I cannot speak for all elephant parks and sanctuaries.

Is Volunteering With Elephants Ethical?

Volunteer tourism has become quite a massive industry in recent years. Unfortunately, some of it is doing more harm than good. There are some shady organizations that capitalize on the desire to help, and the trip ends up becoming a money-making venture instead of a way to make a positive impact.

I will be the first person to admit that I wanted to volunteer with elephants because, well, I wanted to hang out with some elephants. Luckily, I do think that AERU’s program is actually one of the good ones. Here are a few reasons why, and things that you should look for if you are interested in volunteering with elephants.

How to Ensure Your Volunteer Program is Ethical

You should avoid programs that are only one or two weeks. requires you to volunteer for at least 3 weeks, but I stayed for 4. The longer that you stay at AERU, the more responsibilities they gave you. There was one girl that I met when I first arrived in South Africa that was just finishing up ten weeks volunteering with elephants. They gave her a lot more responsibilities than most of the other volunteers because she spent so much more time there. Her impact was much greater than mine or most of the other volunteers.

My first volunteering with elephants was mostly training. If you are only volunteering for a week, then you probably aren’t helping them that much. Although the money that you are paying to volunteer might be going to help the animal. You, the animals, and the program will get a greater benefit the longer you stay.

2. The Elephants Aren’t Forced to Interact with Tourists

Many elephant parks and sanctuaries cannot run on donations alone. Most of the money does come from tourists who want to see these animals up close. This can be unethical for the animal by forcing them to interact with humans when they don’t want to just so the elephant park can make a profit.

When a tourist comes to Knysna Elephant Park, they can choose to buy a fruit and vegetable bucket to feed the elephants. This was such a cool experience and something that I did several times while I was there. The elephants are never forced to come and eat the food from the tourists, but many of them want to. There were several times when I saw only one elephant walk up to be fed by the tourists. The elephants are given as much choice and freedom as possible.

I have often heard elephants called “gentle giants,” but this is far from the truth. Many elephants are “gentle giants” now due to abusive methods that have been used to “break” the animals so they can be ridden and controlled.

4. Are There Local People Involved?

A good volunteer program will always involve local people. This shows that the organization can survive without the help of volunteers, and the business wasn’t created solely for the purpose of volunteer tourism.

How My Views on Animal Tourism Changed

I am a vegan (in case you couldn’t tell from the title of this blog). While I am a vegan for many reasons, the number one reason is for animals. I do not believe that animals should be used for food, testing, or entertainment.

Before volunteering with elephants in South Africa, I thought that all wild animals should be free. While I do still believe that is a sweet sentiment, it’s just not that simple. Due to poachers and loss of wildland, it is generally better for an elephant to be in captivity than to be in the wild.

Keeping wild animals in sanctuaries, and away from poachers, is not a cheap operation. Many sanctuaries have had to turn to tourist attractions to make enough money to help the animals.

AERU was established as a means of addressing the lack of research available on captive African elephants. AERU is a non-profit research trust dedicated to optimizing the welfare of captive elephants in South Africa.

A Day in the Life of an Elephant Volunteer

I ate, slept, and breathed elephants for one month straight. You get to spend so much time with these animals. Every week at Knysna Elephant Park, the staff makes a list of what you will be doing every hour of the day. The activities include cleaning elephant camps, preparing their food, observing and taking notes about elephant behavior, picking up samples of elephant dung for research purposes (seriously), and importing elephant data into the computer.

Your weekends are free and Fridays are only a half-day. You can use your free time to do what you want.

The cost of the program includes accommodation, airport transfer (you must arrive on a specific day), kitchen and laundry facilities, and two AERU shirts to wear as a uniform.

Are the Elephants Tame?

Elephants are wild animals, so you do have to be careful. I was never out on the elephant field without an elephant guide present, and I felt safe the entire time that I was there.

Knysna Elephant Part doesn’t only have elephants, they also have zebras! You will see the zebras every day, but your interaction with them will be limited. Once a week a group of volunteers will check on all of the zebras to make sure that they are safe. It rotates every week, so I only worked with zebras once.